Practitioners who regularly act for trustees of self-managed superannuation funds (SMSFs) will agree that advising SMSFs requires a high level of knowledge and experience.

In a number of recent cases substantial fines were imposed on trustees of an SMSF for breaches of the Superannuation Industry (Supervision) Act 1993 (Cwlth) (SIS Act).

For an example see Deputy Commissioner of Taxation (Superannuation) v Ryan [2015] FCA 1037. In this case Mr & Mrs Ryan were the trustees of their own SMSF. Over many years they withdraw money from the fund for their own use in breach of the SIS Act. They were fined $20,000 each for the contraventions.

When a trustee client is faced with being prosecuted by an authority they may look to blame their lawyer and/or accountant by alleging they have been negligent for failing to advise the trustee of their obligations.

LPLC has seen this occur when action was taken by the State Revenue Office (SRO) to recover unpaid duty. In one claim the practitioner advised the client that no duty was payable as the transaction would be exempt pursuant to s.36 of the Duties Act 2000 (Vic). The SRO disagreed as the transferee took over the liability under a mortgage. The client told the practitioner that the obligation to pay any penalty would be referred to the insured.

Given this risk and the dire consequences for a client who is not properly advised, it is important that before acting for an SMSF practitioners carefully consider whether they have enough knowledge and experience.

When acting for an SMSF LPLC also recommends practitioners consider the need to recommend that the trustees seek advice from a practitioner who is an expert in SMSFs, their SMSF auditor, financial advisor and accountant before the trustees decide on a course of action involving the SMSF. 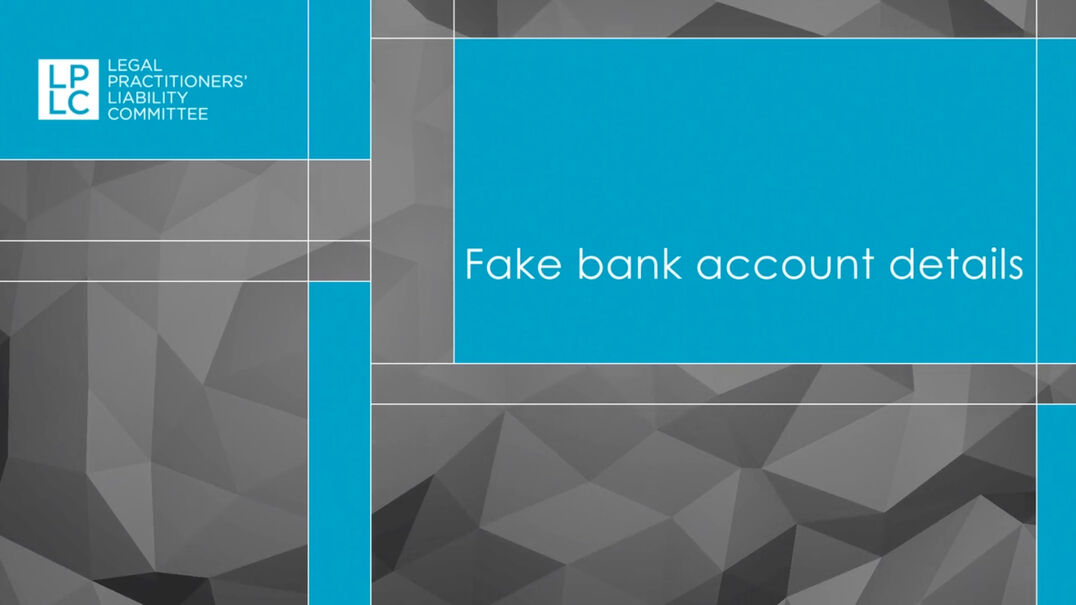 Conveyancing, Property settlements, Estate Administration, Cyber security 28 Aug 18
More and more lawyers and their clients are becoming victim to fake emails. The key risk areas are conveyancing, wills and estates, sales of business and family law – areas where lawyers are holding and transferring large sums of money for their clients.
Learn more
Checklists

Informal wills - the next instalment

Will Making 15 Dec 14
Howe v Fischer [2014] NSWCA 286 is a successful court of appeal decision in NSW for a practitioner who did not obtain an informal will before his client died.
Learn more
All Resources