To invest or not to invest - a decision for the client

Practitioners often receive funds to be held until distributed to the intended party when acting in family law matters, for a vendor selling land and when acting for the executor of a deceased estate.

Claims sometimes arise where practitioners fail to seek instructions from the client to invest the money in an interest-bearing account rather than leave it in the trust account.

In one claim the practitioner initially acted for the client in a family law property settlement and the client died shortly after final orders were made.

About one month later the practitioner received proceeds from the deceased’s life policy of approximately $1.5m. No further advice was given about investing the funds. Another month later the estate was distributed.

Here are a few things to consider to help you avoid this sort of claim.

Inform the client that they should consider any tax consequences of investing funds. In estate matters the client might rather leave the money in trust and avoid the need to lodge a tax return as no interest would be earned. 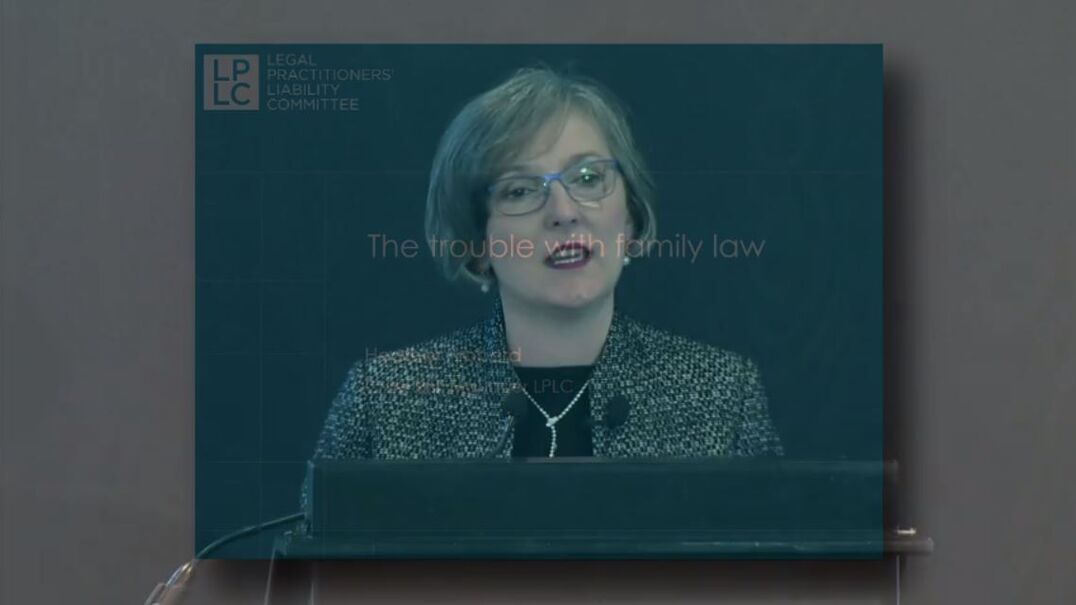 The trouble with family law

Financial Agreements, Property settlements, Child support 27 Jun 16
LPLC's Chief Risk Manager, Heather Hibberd, looks at the increasing number of family law claims in regional areas, what is going wrong and what can be done about it.
Learn more Conveyancing, Financial Agreements, Will Making, Personal Injury, Commercial, Verification of Identity, Engagement/retainer management, Professional Responsibility 25 Sep 17
Practitioners who act for multiple parties are often caught unaware by conflicts, which canbe difficult to anticipate and arise before the danger becomes apparent. This leaves the practitioners exposed to allegations of breach of duty and the conduct rules, and preferring the interests of one client over another. In acting for more than one party, you create a minefield for yourself.
Learn more
Checklists